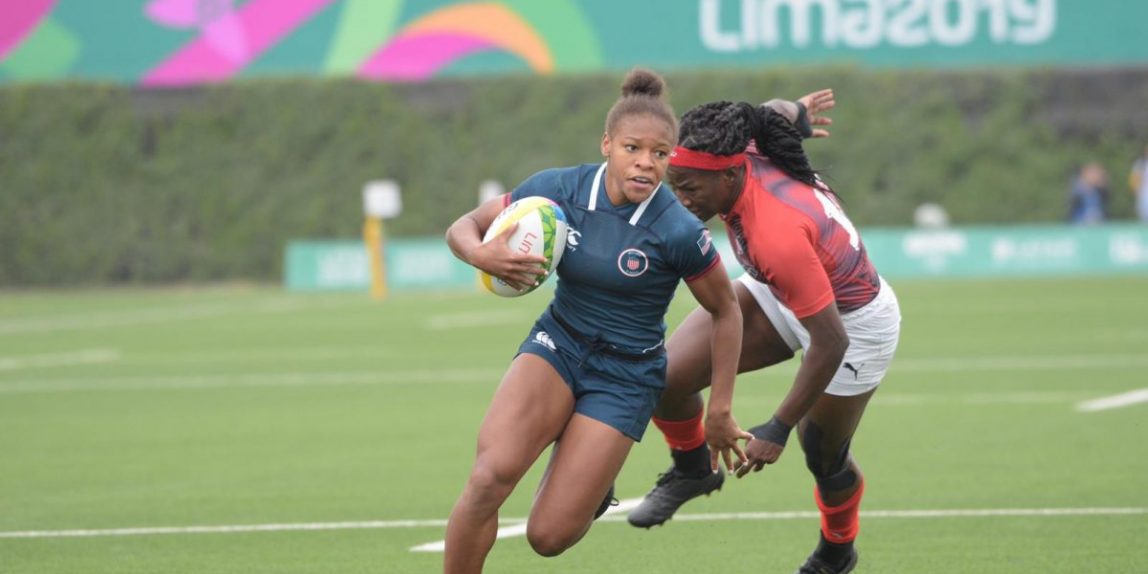 The USA Women’s National Team 7s opened their 2019 Pan American Games campaign with a dominant 55-0 victory over Trinidad & Tobago. As the opening match of Pool A, the United States will now head to the Opening Ceremonies and return tomorrow for the final two matches of group play. Medal rounds will commence on Sunday, July 28.

“It gave us a really good opportunity to start our engines which is what we were trying to get out of today,” said Head Coach Emilie Bydwell. “A lot of the things that we’ve been working on and talking about over the past few weeks in this campaign, we got an opportunity to work on those but also highlight what we still aren’t doing in the way we want to do it. I think it gave us a good platform to review and look at tomorrow and go from here.”

Team USA were fully in control for the entirety of the game with the Women’s Eagles Sevens scoring an incredible 9 back-to-back tries.

Ariana Ramsey claimed a hat a trick in what was her first tournament with the national team.